Thanks for stopping by, and welcome. This site is centred on four core areas of personal and professional interest – ADHD, Neuroscience, Nutrition and Education. It has been written with the following audience in mind:

My primary aim is that this site will come to serve as an embryonic hub of knowledge that is both translational and accessible, but credible and scientific. The word embryonic is used deliberately, as science is forever evolving in light of new research findings. The site will be updated accordingly to reflect those findings.

The idea of developing a website for the purpose of raising awareness and disseminating information and knowledge surrounding ADHD has been in the forefront of my mind for a long time. As is often the case, we are not passionately moved to begin a journey unless we have been profoundly affected by an experience which has touched our hearts. For me, my son is the inspiration and driving force behind the creation of this site. Life as a young, first-time mum took a somewhat unexpected path when it became apparent that my little boy had fairly severe symptoms of hyperactivity and impulsivity around the age of three. 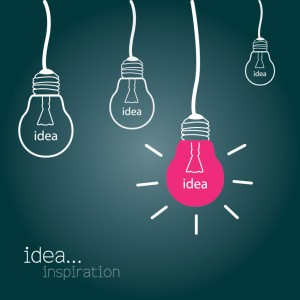 The years that followed were tough and our journey took us from one professional to the other – educational psychologists to psychiatrists, learning and behavioral coaches to mentors, nutritional specialists and even chiropractors. We tried allergy tests, changing diets, methylphenidate to vitamin supplements, and every after-school activity imaginable: athletics, martial arts, boxing, gymnastics, trampolining, acting and dance – you name it. Some of these activities and interventions helped – others didn’t. Over two decades ago, there wasn’t the same acceptance of ADHD as there is now. The general consensus back then seemed to be that it was just a funny, made-up label for “naughty” children.

ADHD is a neurodevelopmental disorder that can persist into adulthood. It has sometimes been described as an invisible condition, because of the way it impacts brain function. Other people don’t immediately or easily recognize the symptoms. Instead they may see a fidgety, restless, impulsive child who struggles to focus and pay attention. ADHD has previously been described by those that have it as both a gift and a curse; it can work for you, or against you.

However, the developmental trajectory of ADHD is largely dependent on the social, clinical, medical and educational structures put in place to support these children. Too many people with ADHD are failed educationally, and as a consequence are over-represented in the prison system. Because of the risk factors associated with unmanaged ADHD, greater investment is needed to create a paradigm shift in the way we teach, educate and mentor these children. It is time for change.

Nutritious Minds and Lisa Nash Fitness have teamed up to bring you a 1-Day Workshop: Nurture Your … END_OF_DOCUMENT_TOKEN_TO_BE_REPLACED

In 2011, impressionist, playwright and comedian Rory Bremner was diagnosed with ADHD. In a BBC Radio 4 programme ADHD … END_OF_DOCUMENT_TOKEN_TO_BE_REPLACED