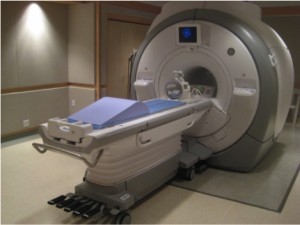 In some cases, there are subtle differences in brain regions which deviate from the path of normal brain development and can be detected using structural magnetic resonance imaging (MRI). In a similar fashion, the function of the brain using functional magnetic resonance imaging or fMRI – can be observed during various tasks and experimental paradigms. There are clear developmental differences in brain development between boys and girls with females tending to achieve peak volumes between 1 and 3.5 years ahead of males in a variety of brain structures [1]. In child psychiatric disorders, sex differences are particularly relevant and coincide with disparities also in terms of prevalence, symptom/behaviour profile and age of onset. Longitudinal studies are especially useful in mapping brain development across the life-span. This design of study generally involves enrolling young children into a research study and measuring various developmental outcomes using the same tools and techniques (e.g., self-report questionnaires; blood draws; MRI scans etc) every year or every two years until they reach early adulthood. Longitudinal studies using neuroimaging such as MRI provide an excellent opportunity to map the neuroanatomic substrates and developmental pathways of the human brain.

fMRI uses magnetic resonance imaging to measure brain activity and it does this by measuring alterations in the local oxygenation of blood which in turn reflects the sum of local brain activity [2]. The scanning process involves the volunteer lying down on a moveable bed which is then inserted into the scanner. The individual is given protective ear plugs and headphones due to the loud noises of the scanner and instructed to lie very still with virtually no head movement. Communication can be made with the radiographer via an intercom system and in-between scanning intervals the radiographer will provide progress updates and check that the volunteer is feeling comfortable and willing to continue.

During an fMRI scan, the volunteer is normally asked to take part in a cognitive task which may require a behavioural response to some type of stimulus, for example, a button press when a target appears on a screen. During the task, the brain regions engaged and responding to that stimulus will experience an increase in metabolism. This begins with the activation of neurons which create an increased need for oxygen generating a large increase in perfusion. This increased need for oxygen results in a change in the proportion of oxygenated blood flow to the local brain region; the available oxygen is consumed rapidly creating a drop in oxygen in the blood called deoxyhemoglobin. There is then an increase in the amount of oxygen supplied, in order to satisfy demand. The process results in interchanges between oxyhemoglobin and deoxyhemoglobin states with both containing different paramagnetic properties. The signal measured in fMRI is reliant on these changes in oxygenation and are referred to as the blood oxygenation level dependent or BOLD signal [2].

To summarise, the inter-changes in signal are therefore due to the interchanges in blood flow, blood volume and blood oxygenation in response to alterations in neuronal activity [2]. The increase in blood flow is also known as the hemodynamic response. Different software packages process, analyse and display fMRI data by reconstructing the raw data into images which resemble brains. The data analysis process is highly complex and involves the generation of statistical maps onto high resolution images so the functional information can be interpreted according to the relevant anatomical landmarks.

Nutritious Minds and Lisa Nash Fitness have teamed up to bring you a 1-Day Workshop: Nurture Your … END_OF_DOCUMENT_TOKEN_TO_BE_REPLACED

In 2011, impressionist, playwright and comedian Rory Bremner was diagnosed with ADHD. In a BBC Radio 4 programme ADHD … END_OF_DOCUMENT_TOKEN_TO_BE_REPLACED