“Let food be thy medicine and medicine be thy food”
― Hippocrates

It has long been proposed that the elevated intake of omega-6 during the past century, in particular from soy bean oils, which are present in practically every commercially available manufactured food, plays a role in the increase of Western disease [72]. The imbalance of omega-6 over omega-3 is estimated to have risen from a ratio of 1:1 to approximately 16:1 in countries eating a Western diet during the last century. It is a focal point of much scientific debate and the current consensus seems to be that the deficit in omega-3 may be negatively contributing to both physical and mental health [73]. From an evolutionary perspective, it is argued that the modern, Western diet has evolved from a lower unsaturated to a high saturated fat ratio which is profoundly different to that of our ancestors. This change from the Palaeolithic heritage of whole and unrefined foods came about as a direct consequence of the Agricultural Revolution between the 17th century and the end of the 19th century and then continued post World War II in favour of mass food production resulting in the “modern refined diet” consumed today [74, 75]. 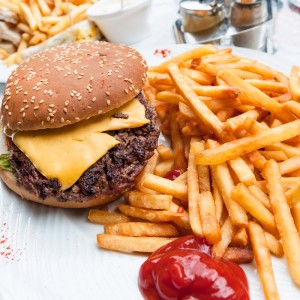 The Western diet is further described as one with high sodium content; a low nutrient density in relation to the amount of minerals, vitamins and trace elements, anti-oxidants, fibre, phytochemicals, amino acids and unsaturated fatty acids per gram and a high glycaemic load due to the presence of refined sugars and grain products [74]. Moreover, the 21st century has witnessed not only the introduction of a prolific number of chemicals in our environment but an abundance of new constituents in foods. These include the global use of pesticides and fertilisers as opposed to crops developing and growing (or animals grazing) in a natural environment and a high concentration of long chain saturated fats from fatty domestic meats as opposed to wild mammals [74]. Warnings about the physiological effects of a malnourished diet have long been publicised during the last century by many leading authorities including:

The World Health Organisation (WHO) recently made public the prediction that child mental ill-health is estimated to rise by 50% by 2020 (see Global Forum for Health Research, online). Additionally, the United Nations (UN) has acknowledged a new type of malnutrition coined “Type B malnutrition”, which arguably derived as a result of multiple micronutrient depletion and the globalisation of our Western food systems [76].

A link between food additives and adverse child behaviour has already been demonstrated in the work of McCann and colleagues at the University of Southampton [77]. Dr. Alex Richardson from Oxford University and the charity, Food and Behaviour research has provided an incredibly insightful narrative into the relationship between food and behaviour in her book, “They are what you feed them: How Food Can Improve Your Child’s Behaviour, Mood and Learning” (see useful weblinks for further information).

When asked questions about the health and maintenance of the brain, I often refer to an analogy of purchasing your dream car; one perhaps you have saved up for and now proudly own. It is common-sense that if the car is not looked after and kept in check with fuel and oil, its function will start to deteriorate. In a similar fashion, the human brain requires maintenance. It needs fuel in the form of brain-selective nutrients as well as exercise – both mental and physical – for optimal health and well-being. This being said, it is recognized that nutrition is not necessarily a cure for all ailments; yet it is one of the soundest investments you can make to yourself. Hippocrates was certainly onto something when he recommended: Leave your drugs in the chemist’s pot if you can cure the patient with food (Hippocrates, 420 BC). Food is fundamental to human existence but healthy food choices throughout life serve to protect against human disease. The nutritionist, Martina Watts, explains this concept more in her website – The Health Bank (see the useful weblinks section).

The idea to make improvements in our diet often occurs as an afterthought. I personally decided to make greater efforts to improve my diet during the last 7 years or so as a result of being exposed to nutritional research. Alterations in diet can occur for other reasons too such as during illness or after receiving a medical diagnosis; for weight loss or as an attempt to improve a child’s behaviour. 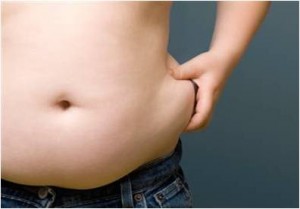 Children are in fact one of the most vulnerable groups because they are frequently being “treated” or “rewarded” with a plethora of junk food: trips to McDonalds and confectionery treats given on any celebratory occasions such as birthdays, Easter and Christmas. Understandably, it is difficult from a practical perspective to turn down these types of sweet, sugary gifts from well-meaning family and friends. However, as parents or caregivers, if we are not careful, by allowing more than the occasional binge in sugar and other refined food substances can result in problem eating behaviours and the development of addictions.

Nutritious Minds and Lisa Nash Fitness have teamed up to bring you a 1-Day Workshop: Nurture Your … END_OF_DOCUMENT_TOKEN_TO_BE_REPLACED

In 2011, impressionist, playwright and comedian Rory Bremner was diagnosed with ADHD. In a BBC Radio 4 programme ADHD … END_OF_DOCUMENT_TOKEN_TO_BE_REPLACED