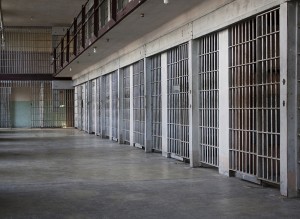 There is some evidence to suggest that low omega-3 HUFA levels may be linked with behaviour problems commonly associated with ADHD including the presence of callous and unemotional traits [64] which are a risk factor and predictor of delinquent behaviors. In addition, several research trials have found supplementation with omega-3 fatty acids to be efficacious in reducing symptoms of ADHD [52, 65], child depression [66] and anti-social and violent behaviour’s [67, 68] compared to participants taking a placebo. A placebo is simply a dummy pill which identically matches the active capsule in taste, colour and texture but contains no psychoactive properties.

As we learnt in previous sections there are a disproportionate number of incarcerated adults meeting diagnostic criteria for ADHD. This gives rise to the notion that there is arguably an ethical dilemma of punishing somebody with a brain dysfunction, which has given rise to antisocial, aggressive behaviors and criminality. Dr. Adrian Raine who is both a criminologist and author of a book called “The Anatomy of Violence” has challenged this dilemma:

This problem has implications for the judicial system, and questions whether people who were born with this impairment should continue to be punished in the manner they currently are.

In Chapter 7 of his book titled “A recipe for violence” Dr. Raine considers the impact of malnutrition and neurotoxins including lead as potential environmental factors in the etiology of mental ill-health. A proportion of the chapter, and in scattered places throughout the book, the impact of inadequate levels of micronutrients including tryptophan, zinc, iron and copper are considered both in neurodevelopment and anti-social behaviours.

Another researcher who has conducted numerous studies on the link between nutrition and criminal behaviour is Stephen Schoenthaler – a professor of Criminal Justice at California State University, Stanislaus. In 1991, Schoenthaler and colleagues conducted an experimental study which aimed to substantially reduce the sugar content in the diets of 3000 imprisoned juveniles in the U.S. The young offenders were given healthier snack options containing reduced sugar and refined foods. The results of the study found that over a 12 month period: a 21% reduction in antisocial behaviour was achieved /a 25% reduction in assaults / a 75% reduction in physical restraints by staff and a 100% reduction in suicides [69].

Schoenthaler and Bier (2000) also carried out a randomized, double-blind placebo-controlled trial in 468 U.S. school-children, aged 6-12, attending 2 elementary schools in Phoenix Arizona. Their aim was to test the effects of vitamin and mineral supplementation in improving juvenile delinquency. The intervention consisted of a daily dose of vitamins and minerals set at 50% of the U.S. recommended daily allowance or placebo. The outcome measure was the number of violent and non-violent delinquent acts as measured by the schools official disciplinary records. The results found that the active group compared to placebo had significantly lower rates of anti-social behaviours across a range of measures including threats/fighting, conduct problems, defiance, obscene behaviour, refusal to engage, being a risk to others and vandalism [70].

Although, there are now multiple studies supporting a connection between nutrition and violence for various reasons, some perhaps scientific, others perhaps political, the translation to policy has yet to be made. There is arguably a call for some serious multi-vitamin/multi-mineral/Highly unsaturated fatty acids (HUFA) supplementation action on a large scale in institutions including schools and prisons. On a positive note, there appear to be increased global efforts being made to test critical research questions related to micronutrients including HUFAs and their mechanistic effects in physical and mental health. The clinicaltrials.gov website is a registry and results database of publicly and privately supported clinical studies of human participants conducted around the world and an ideal tool to learn more about the latest intervention trials in psychiatry and related disciplines. Future research investment in the area of nutrition and neuroscience need to consider designing adequately powered, clinical intervention trials with sufficient doses of omega-3 HUFAs alongside the potential addition of trace elements and multi-vitamins or by following the Mediterranean diet which naturally elevates omega-3 intake and lowers omega-6.

Nutritious Minds and Lisa Nash Fitness have teamed up to bring you a 1-Day Workshop: Nurture Your … END_OF_DOCUMENT_TOKEN_TO_BE_REPLACED

In 2011, impressionist, playwright and comedian Rory Bremner was diagnosed with ADHD. In a BBC Radio 4 programme ADHD … END_OF_DOCUMENT_TOKEN_TO_BE_REPLACED