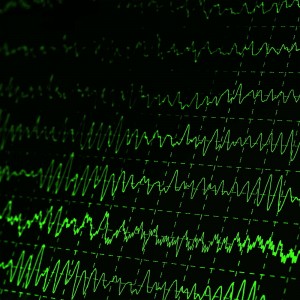 Much of 20th century neuroscientific thought held a consensus that brain structure is relatively unalterable after a crucial period during early childhood which had implications for many aspects of life including the notion that intelligence was fixed. However, this belief that the brain was hard-wired and immutable has since been challenged by evidence demonstrating that many features of the brain remain plastic and malleable even into adulthood. The term “neuroplasticity” was proposed by the Polish neuroscientist Jerzy Konorski, although the idea of brain plasticity can also be traced back to the Spanish physician, artist and Nobel laureate, Santiago Ramón y Caial in 1892.

Today, plasticity is a highly relevant concept and subject to rigorous investigations by leading neuroscientists all over the world. One example is the work of the neuroscientist, Richard Davidson at the University of Wisconsin, who has conducted multiple experiments in collaboration with the Dalai Lama on the effects of mindfulness meditation practise. Some of their findings suggest that both short-term and long-term mindfulness meditation practice can result in distinctive changes in patterns of brain activity in regions associated with attention, anxiety, depression, fear, anger and the ability of the body to heal itself [35, 36]. The practise of mindfulness as a stress reliever is thought to possibly lead to an epigenetic alteration of the genome. In other words, it may play a role in determining which genes are switched on or off. Mindfulness meditation is currently being examined as a potential mediator in the correction of “faulty” thinking patterns associated with depression, anxiety, chronic addictions and eating-disorders. There may also be a role for its practise in ADHD however more research is needed to evaluate its effectiveness.

Maguire and colleagues (2001; 2006) investigated the effects of completing “the knowledge” – an exam which involves around 2 years of study, mapping the complex streets around the City of London. They reported that the rigorous and lengthy period of training resulted in structural changes in the brain of the taxi drivers and, in particular, the hippocampus, a region associated with memory and learning, was found to be significantly larger, compared to a control group.

Emerging research is suggesting a potential role for omega-3 in traumatic brain injury. Dr. Michael Lewis, MD, MPH, MBA, FACPM (see the useful weblinks section) is an expert on the use of omega-3 fatty acids for the prevention, management, and rehabilitation of concussions and traumatic brain injury (TBI). TBI and concussions, with its diverse heterogeneity and prolonged secondary pathogenesis, remains a clinical challenge. Current medical management of brain injured patients lacks clinically proven effective management with neuroprotective and neuroregenerative agents. Dr. Lewis suggests that clinical studies have thus far failed to identify an effective treatment strategy because they typically target single enzymatic factors in an attempt to identify a pharmacologic target rather than considering multiple mechanisms of injury with a more holistic approach. A combination of targets controlling aspects of neuroprotection, neuroinflammation, and neuroregeneration is needed. Omega-3 fatty acids, he believes, offers the advantage of a poly-target approach. Although further clinical trial research is needed to validate the use of omega-3 fats in TBI, there is a growing body of strong preclinical evidence and clinical experience suggesting that benefits may be possible from aggressively adding substantial amounts of omega-3 fats to optimize the nutritional foundation of TBI patients. With evidence of unsurpassed safety and tolerability, administration of substantial and optimal doses of omega-3 early in the time-course of TBI has the potential to improve outcomes from this potentially devastating public health problem.

There is now an abundance of neuroscientific research demonstrating that changes in neural pathways and synapses are in part due to changes in behaviour, environment and neuronal processes. It is also well-established that neurogenesis, that is the birth of brain cells, occurs in the adult human brain —and that such changes can persist well into old age. One only has to map the changes occurring during recovery from injuries such stroke and TBI to witness the ability of the brain to heal, modify and evolve.

Nutritious Minds and Lisa Nash Fitness have teamed up to bring you a 1-Day Workshop: Nurture Your … END_OF_DOCUMENT_TOKEN_TO_BE_REPLACED

In 2011, impressionist, playwright and comedian Rory Bremner was diagnosed with ADHD. In a BBC Radio 4 programme ADHD … END_OF_DOCUMENT_TOKEN_TO_BE_REPLACED