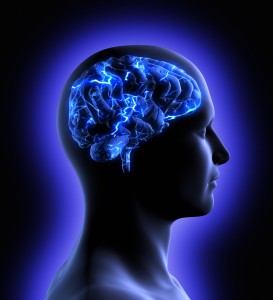 The human brain undergoes complex and life-long changes especially at specific stages of development and this process is called maturation. It is a process of brain development in which minor modifications are made to improve the brains efficiency and ability, for example, to communicate. The brain does this by getting rid of redundant pathways or synapses by way of dendritic pruning and continues this remodelling throughout life. Perhaps the most important stages of maturation are during fetal development, early childhood and adolescence [25]. There is individual variation in the maturation process and neuroimaging techniques have enabled the comparison in cortical and sub-cortical changes between different groups of children. A longitudinal neuroimaging study with 45 children aged 5-11 years reported that brain expansion increased by approximately 1 mm per year and predominantly in the frontal cortex [26]. In fact, evidence suggests that the frontal cortex continues to mature well into adulthood and late 20’s (circa: 25-30 years of age). This is in contrast to the limbic system which ignites during puberty and makes the adolescent period a particularly vulnerable time. Casey and colleagues (2011) have described the frontal cortex during the adolescent period as the “brake” and the limbic system as the “acceleration”. So, in other words, the brakes or cognitive control are dependent on the maturation of the prefrontal cortex, which in part, justifies why some adolescents are more likely to engage in risky behaviors which give rise to poorer outcomes [27]. The onset for many psychiatric disorders also occurs during adolescence peaking at an average of 14 years of age. Symptoms of depression, eating disorders, bi-polar, anxiety, schizophrenia, psychosis and substance abuse are reported to most commonly emerge during this time [27]. The adolescent period is therefore one of great vulnerability. Girls are reported to have a higher risk of teenage pregnancy and boys of criminality and incarceration. The adolescent phase is one associated with increased risk taking; novelty and reward-seeking behaviors which makes children with ADHD especially susceptible.

Brain maturation delay theory in ADHD. Evidence for a maturational delay theory in children with ADHD, as opposed to a deviance of typical brain development, has been proposed by Shaw and colleagues [28-30]. Much of the evidence for this theory has come from longitudinal neuroimaging studies. These types of study design typically involve scanning the same group of school-aged children every year until they reach late adolescence or early adulthood. This enables any subtle differences in the structure of brain regions of interest to be observable among different groups of children. Many structural imaging studies have investigated whether differences exist between children with and without ADHD. Some of the reported differences in brain structures have included a reduction in total brain volume and in volumes of the right frontal lobe and caudate nucleus [28]; reduced volumes in the ventral striatum brain region [4] and global reductions in gray matter volumes [31]. These findings have led to the hypothesis of a late structural maturation of these brain regions. The work of Dr. Shaw and his research group have suggested that the delay in maturation observed in both these cortical regions and in cortical thickness averaged by approximately 3 years with some regions including the temporal and pre-frontal regions being particularly delayed [28]. Shaw and colleagues have also reported that in some cases the volumetric reductions and reductions in cortico-thickness which had previously been observed in child ADHD caught up; that is matured, in late adolescence. Those children, who showed a normalization of the affected brain regions, were also found to have a better clinical outcome and more likely to grow out of the disorder [29, 32].

Previous research has suggested that symptoms of ADHD can improve with age in up to 65% of children [33]. However, this is now open to debate as emerging research [34] including statistics from the Centers for Disease Control and Prevention in 2011, suggested that symptoms of ADHD persist into adulthood with hyperactivity diminishing but inattentiveness and restlessness remaining. Another factor to consider is that some adults are better able to develop more efficient coping strategies and/or are able to over-compensate or mask symptoms.

Nutritious Minds and Lisa Nash Fitness have teamed up to bring you a 1-Day Workshop: Nurture Your … END_OF_DOCUMENT_TOKEN_TO_BE_REPLACED

In 2011, impressionist, playwright and comedian Rory Bremner was diagnosed with ADHD. In a BBC Radio 4 programme ADHD … END_OF_DOCUMENT_TOKEN_TO_BE_REPLACED