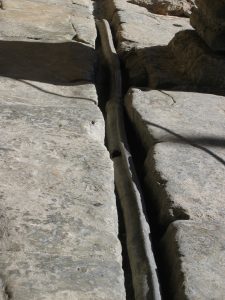 The Psychiatric Times recently published an interesting overview of lead toxicity and ADHD. To quote the top and tail of the article:

“Several neurotoxic chemicals can disrupt brain development, which contributes to neurodevelopmental and psychiatric disorders—including ADHD. Lead is among the most studied neurotoxicants relevant to mental disorders. Because lead is stable and inert, the total amount on earth never changes. Over the past 6000 years, people have mined about 300 million tons of lead; some 150 million tons are still dispersed in the environment in one form or another…

“Overall, while lead is neither a necessary nor a sufficient cause of ADHD, it appears to be one contributor, perhaps even at historically relatively low, currently typical exposure levels—and perhaps particularly in children who are susceptible because of genotype, poor diet, or prior/concurrent adversity. Clinicians are encouraged to take seriously parental concerns about possible lead exposure and to rule out environmental hazards and contributors when evaluating for ADHD, particularly in young children.”

Read the rest of Dr Joel T.Nigg’s article Understanding the Link Between Lead Toxicity and ADHD.

Nutritious Minds and Lisa Nash Fitness have teamed up to bring you a 1-Day Workshop: Nurture Your … END_OF_DOCUMENT_TOKEN_TO_BE_REPLACED

In 2011, impressionist, playwright and comedian Rory Bremner was diagnosed with ADHD. In a BBC Radio 4 programme ADHD … END_OF_DOCUMENT_TOKEN_TO_BE_REPLACED