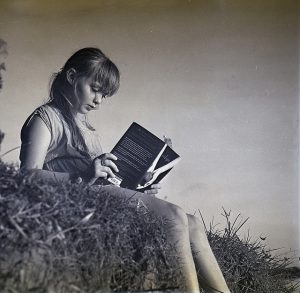 It seems the general consensus is that one child in a class at school cannot take precedence over the other 29. It is better to sideline one child than risk the others failing too.

However, an important point is that about one in five children in an average class today are now estimated to have some type of special educational need (defined here as: emotional, behavioural, specific learning difficulties (e.g., reading/writing etc), linguistic (e.g. non-English speaking), health/medical, and physical (e.g. dysphasia, mobility)).

That equates to approximately six children in a class of 30. If there are four classes in the average Year (UK) or Grade (US), that means 24 children with special educational needs. Multiply that by the number of total number of classes in each Year or Grade in the entire school… well, you can do the maths. It’s enough kids to fill a small school of their own (estimated total children with SEN in a UK school with an intake of 120 children per year (four classes x 30 children): 168 in a Secondary school; 144 in a Primary school; 312 in an all-through school, i.e. Infant and Primary combined).

In England, ex-Prime Minister Tony Blair was very determined to push his “Inclusion, inclusion, inclusion” policies forward. The three words that sprang to my mind in respect to this policy were more along the lines of “illusion, confusion, delusion”. I will explain why.

Arguably, the notion of integrative inclusion was the rationale also behind closing or terminating funding for a large number of government-funded special education schools. Not surprisingly, multiple and complex issues arose as a result of this change, which will not be critiqued here because they deserve much closer and more detailed attention than I can give. But, in brief, issues related to League Tables and, more critically, the rapid creation of rather large Assessment and Learning Centres, which in fact were somehow allowed even though they went against everything the bill was designed to achieve.

Essentially, these Centres recreated a type of social segregation system; one which separated those with special educational needs from the rest of the school on the basis that they needed specialised intervention. Even more ironically was the promise of re-integration into the main school, which was distastefully used as the carrot on the stick. Arguably, this was used as a means of coercing the child in question to achieve better standards of behaviour – such as learning to control those ADHD symptoms.

Of course, Blair’s inclusion changes forced many children with special educational needs into mainstream schools, where the majority of them struggled to cope. It would be interesting to calculate the exact number of children with special educational needs who were permanently excluded during this period (roughly 1997 to 2007). Some schools remained, in particular, for those considered “intellectually disabled” – in other words, those with IQs around or lower than 70.

The only other option for parents were places at private day or residential schools, which unless you were self-funded required a statement and more often than not a tribunal. However, attendance at some of these private residential schools created an altogether different situation. Some of them appeared to operate in a business sense, cherry picking boarders by way of interview and then exclude those that proved too burdensome. Unfortunately, not all these schools specialised in one specific type of learning difference or diagnosis e.g. dyslexia.

It is surprisingly uncommon in the UK, although some do exist, to find private schools focusing simply on (for example) just ADHD. In fact some schools won’t take children with ADHD, opting instead for a focus on diagnoses which they consider less behaviourally challenging, such as Dyslexia. Other private specialist schools group children with Autistic Spectrum Disorders together with children with language-processing difficulties, dyslexia, Tourette’s syndrome or ADD, and the result is often unmanageable chaos and an increased risk of permanent exclusion for some.

This brings us back to the square peg/round hole situation. Another valid point is that teachers are not psychologists – nor are they expected to be – and yet the amount of special educational needs training they receive in the UK is miniscule compared, for example, to the US, where special education is highly developed in universities and results in specialist qualifications and a higher volume of qualified professionals.

Nutritious Minds and Lisa Nash Fitness have teamed up to bring you a 1-Day Workshop: Nurture Your … END_OF_DOCUMENT_TOKEN_TO_BE_REPLACED

In 2011, impressionist, playwright and comedian Rory Bremner was diagnosed with ADHD. In a BBC Radio 4 programme ADHD … END_OF_DOCUMENT_TOKEN_TO_BE_REPLACED