While I was studying for my PhD, I worked part-time for the well-known, former London-based children’s’ charity called Kids Company. My role within the organisation was a new one – to work alongside a clinical psychologist to identify and support families with children with severe behavioural difficulties that could be diagnosed as oppositional defiant disorder, ADHD, conduct disorder and/or autism.

With permission from the families and schools, we would carry out observations both at school and at home, prepare reports and conduct referrals to statutory services such as CAMHS (child and adolescent mental health services) while in the interim providing tailor-made support for the families in a practical, educational and emotional capacity.

What I witnessed in those two years was pretty disturbing, especially in relation to the education of children with ADHD, Autism and similar conditions. There appeared to be persistent efforts across London schools and academies to hand out multiple fixed-term exclusions, sometimes quite literally, one after another. This resulted in the young person, often with an undiagnosed learning/behavioural difficulty being out of school for extended periods of time. Frequently, it could also mean that the child was left at home unsupervised if the mother had no choice but to work full-time or risk losing her job. Critically, it meant that the child who was already behind academically missed out further on great chunks of his or her education.

In some instances, children fell so far behind they were unable to catch up. It was not unusual to discover children who had been kept out of school for more than 45 days in one academic year, which goes against statutory recommendations. Permanent exclusions, it seemed, were the primary end goal of some of these schools, and within the two years I worked for Kids Company I actually lost count of the number of permanent exclusions we witnessed. I quickly found myself acting as a mediator between the head-teacher (or special education team) and family in question as a means to help lower the risk of permanent exclusion. On some occasions we arranged for trainee occupational therapists to help out with the child in the classroom, with the aim of minimising any low-level disruptive behaviour until statements of educational needs could be sought from the local education authority.

What was apparent is that many of the parents were lacking information. In some cases, they didn’t know what help was available, although admittedly there was very little in terms of outside charitable assistance, and the service my colleague and I were providing grew fairly rapidly when word spread among parents. We would help parents make applications to the local education authority for a statutory assessment of their child. More often than not, and for reasons unknown, applications of this nature had not been carried out by the school despite, obvious knowledge of the child’s learning or behavioural difficulties. In the interim, my colleague and I arranged with the financial support of Kid’s Company for the child in question to be assessed privately by both clinical and educational psychologists – whose subsequent reports we hoped would help speed up and support the process.

In doing this, with permission from the family, as much clinical and educational data was collected and reports prepared which would provide a detailed and comprehensive breakdown and investigation of the child’s needs. We hoped that the collation of information would better inform the parent, school and professional services – all those who were working collectively to support the child. We also hoped that the information could be used to evaluate whether the current school was able to address the child’s specific difficulties or whether the child needed a more appropriate educational provision. In each case we were simply looking for what was right for that individual child.

However, trying to obtain a more appropriate educational environment is an enormous challenge. It will almost always involve a tribunal, require legal assistance and take a huge amount of time, preparation and resources. The benefit is of course winning a vulnerable young child (who is likely to have been out of school for a while) a place at a private residential specialist school often in tranquil surroundings outside of London. The aim is that the child will benefit from a more sympathetic environment and better support, tailored to his or her diagnoses. But this happy ending is not always guaranteed. It is commonly acknowledged that children living in inner-cities and on troubled housing estates are often at greater risk of being enticed by older boys into gang activity and criminal behaviour. It is a sad and sorry situation and a great failing of our institutions. 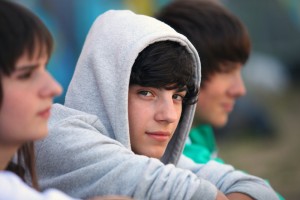 The appropriate placement of children with ADHD or other special educational needs is often a square peg/round hole situation. I heard many reasons and alleged justifications for permanent exclusions, one of the most absurd and memorable coming from a head-teacher at a London primary school who sat poker-faced in an exclusion meeting and described a situation in which a six-year-old child (with ADHD and symptoms of Autism) had picked up a paper-weight from the teacher’s desk and would not put it back down. Apparently, this child “could have hurt staff and other children”, and that was that.

It wasn’t just the permanent exclusions which were a problem. It was also the interaction and communication with these children, the power struggles between teacher and child, the lack of compassion and understanding, and the inability to recognise and question that if the current model isn’t working then maybe it needs changing.

On one occasion, my colleague and I even offered to give a talk on ADHD and communication strategies to one Academy, but were politely declined. I could repeat sorry stories of children with special educational needs in mainstream schools left idle while their peers interacted with the teacher and class work set, and children taken out of classrooms and placed on desks in the corridor or in a separate classroom, often with untrained, casual staff that were ill-quipped to cope with their specific needs and behavioural issues.

I often wondered whether statements of special education needs were not sought because it was easier to make decisions such as permanent exclusions without the watchful monitoring or intervention of local educational authorities. Academies would tell us “we have our own school-counsellors” as some type of justification for not wanting outside intervention. In some cases, we met teachers, including those working in special educational needs roles, unaware that the child in question even had ADHD. There seemed this persistent lack of duty and care, of proper investigation, of curiosity or professional questioning as to why this child presented with the behaviours or learning difficulties that he/she did.

It is very important to make clear that teachers in the main are amazing, committed, selfless individuals whose salaries should better reflect their dedication. My comments come from personal experiences and professional observations in relation to specific cases of children with special educational needs.

But, none of this is new. I am sure if you are a parent reading this now, you may have some experience of this yourself. I for one had to practically teach myself, with the help of caring others, aspects of educational law to help my son access an education he deserved, and still he was pretty much failed educationally. I ask if it is fair and justified that children with ADHD seemingly receive this elevated level of rejection, exclusion and social discrimination? As parents of children with ADHD, many of us can count the number of schools our children attended. In my son’s case it was a monumental nine! My son at the time, although more hyperactive and impulsive than the average child, was incredibly bright, with amazing computing and artistic capabilities and eye for animation. Still, his symptoms of ADHD were the predominant feature throughout his school-life. It seemed all about containment and control.

I don’t think that we were just unlucky, or that it was simply the sign of the times back then. The sense of hopelessness, despair and frustration was often overwhelming. My son received multiple fixed-term exclusions, normally for fairly minor misdemeanours related to his energetic conduct. During one of these exclusions, the specialist residential he attended in Hampshire refused to allow him back unless he was medicated. I was advised by the head-teacher that it was either medication or permanent exclusion.

The teachers would frequently explain to me “You must understand we have 30 children in the class, and we can’t allow your son to disrupt the others – their education will suffer…”

[1] For those, unaware – a statement of special educational needs – is a sum of money attached to the child in question and given to the school of attendance. It is meant to be used to best address and support the needs of the child.

Nutritious Minds and Lisa Nash Fitness have teamed up to bring you a 1-Day Workshop: Nurture Your … END_OF_DOCUMENT_TOKEN_TO_BE_REPLACED

In 2011, impressionist, playwright and comedian Rory Bremner was diagnosed with ADHD. In a BBC Radio 4 programme ADHD … END_OF_DOCUMENT_TOKEN_TO_BE_REPLACED