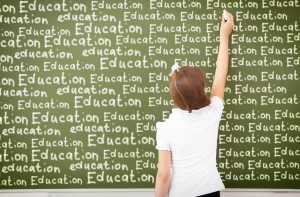 Everyone has an interest in education, parents in particular because it is viewed as the gateway to our children’s future or at least that is the current expectation. This next section raises some philosophical and perhaps unconventional questions about the status of our current mainstream education system in relation to children presenting with symptoms of ADHD and associative learning  or behavioural differences.

In order to assess the status quo we need to ask: What is education? There are of course an infinite number of ways in which to address this question and the individual variability in responses would be significant because answers would be given from different perspectives or frameworks, each derived from a personal narrative based on life experiences. Those for whom conventional education may not have worked may tell others their education was from: “The School of Hard Knocks” or “The University of Life”. Others may believe a college/university education is the accepted value. Each are valid constructs in their own right because both life experience(s) and university hold valuable lessons and opportunities.

The viewpoint adopted here is that learning is a continued life process, forever in a state of flux. The attainment of new skills, in addition to the creative development of ideas is fundamental to the process of learning and evolution of personal growth. Both change and growth rests on the ability to alter your mindset into a less constraining personal domain – a framework which will foster productivity, mental well-being and the achievement of personal and professional goals. I will further suggest that the human life-cycle is one of necessary and continued education. Young people require an element of empowerment – to develop the self-confidence needed not only to set goals but to achieve them. Therefore, a learning environment conducive to a young person’s self-empowerment is vital for achievement, emotional stability and creativity. Our current education system arguably fails miserably in this department because the critical focus on achievement is in the main an academic one as opposed to a creative one. This concept has already been summed up appropriately by Sir Ken Robinson in one of the most popular TED talks delivered on education to date. Robinson made a profound case for creating an education system which nurtures as opposed to undermines creativity and this is especially relevant to those individuals with ADHD (and dyslexia) as they are frequently highly creative with an uncommon ability to think outside of the box.

Robinson is not alone in his critique, the linguist Noam Chomsky has also criticised the current education system as lacking creativity with an inability to foster entrepreneurship:

“The whole education and professional training system is a very elaborate filter, which just weeds out people who are too independent, and who think for themselves, and who don’t know how to be submissive, and so on […] Because they’re dysfunctional to the institutions…”

Aside from a lack of creativity there are other reasons why mainstream education for many children with ADHD may prove problematic. Let’s consider for a moment, creativity and it’s link with entrepreneurship. Most of us like to recite a rags-to-riches story or a high-school drop-out who became the successful founder of a multi-billion dollar enterprise. Sir Richard Branson immediately comes to mind. Steve Jobs, the co-founder of Apple computer, is another. Jobs chose to drop out of Reed College as did Bill Gates from Harvard. There are of course other examples but let us not forget that these are individuals who chose not to pursue a college degree and not the other way round. They were risk takers, but they had a plan and instinctively and passionately knew they were onto something big – in fact – life-changing. We should consider also that these individuals are the exception to the rule.

Here’s to the crazy ones, the misfits, the rebels, the trouble makers, the round pegs in the square holes… The ones who see things differently – They’re not fond of rules…You can quote them, disagree with them, glorify or vilify them, but the only thing you can’t do is ignore them because they change things…they push the human race forward, and while some may see them as the crazy ones, we see genius, because the ones who are crazy enough to think that they can change the world, are the ones who do.
Steve Jobs, co-founder of Apple Computer, 1955-2011.

The business man and author Jeff Olson claims only 5% of the population will achieve a higher quality of life, accomplishment and success on a greater plane than 95% of the rest of the population. So, from this perspective education matters and not only matters but is essential. What we need to deconstruct is the idea of education and what it represents or re-presents to bright children with learning and behavioural differences. These children often thrive when provided more innovative teaching techniques and environments. They often benefit from smaller classrooms, visual stimuli and more interactive practises where praise and encouragement is present daily.  The idea proposed here in relation to the education of children with learning and behavioural differences is that it is time for a new model  and we need to be open and not resistant to that change.

We currently have a very real and serious situation where an estimated 50% of incarcerated adults meet diagnostic criteria for adult ADHD having not been diagnosed in childhood. There are multiple risk factors for delinquency and criminal behavior – hyperactivity and poor school performance are just 2 of them. Importantly, both fixed-term and permanent exclusions which are currently used as attempts to correct rule-breaking behaviors, and are known to disproportionately affect minorities, are not only ineffective for reducing undesirable behaviors but are associated with increased delinquent behavior. The environment of the child with ADHD has to be one, given much thought and address. We know that if a young person’s education is a success then their future prospects are elevated substantially. We also know that if a young person is failed educationally then their futures can be very bleak. It is currently estimated that the socio-economic burden of ADHD in the U.S. is in the region of $77 billion every single year. In order to reduce this costly burden and decrease the risk factors associated with ADHD – much greater investment is needed in the education of these young people so they have an equal chance of success. The key points here are that we have a collective need to address the necessity for change and in order to achieve this I am proposing the creation and implementation of a new model of education so we can change the status quo and reduce the socio-economic and personal burden of ADHD throughout the lifespan.

Tell me and I forget. Teach me and I remember. Involve me and I learn.
Benjamin Franklin

Nutritious Minds and Lisa Nash Fitness have teamed up to bring you a 1-Day Workshop: Nurture Your … END_OF_DOCUMENT_TOKEN_TO_BE_REPLACED

In 2011, impressionist, playwright and comedian Rory Bremner was diagnosed with ADHD. In a BBC Radio 4 programme ADHD … END_OF_DOCUMENT_TOKEN_TO_BE_REPLACED