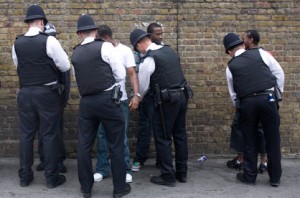 There is also the potential of a dark side associated with ADHD which is often over-looked, under-researched and not spoken about enough, yet can result in criminal delinquency, anti-social behaviour, gang-affiliation and substance mis-use. The dark side of ADHD is addressed in more detail in my book (In preparation) and is a very real phenomenon occurring all over the world warranting serious attention and investment. Children with ADHD who are at risk of entering into the murkier waters of conduct disorder-related behaviours are easily identifiable and at a young age. Therefore, early intervention is paramount to prevent the development of these behaviours. Unfortunately, right now there are very few accessible strategies and interventions in place for this cohort of at risk children. Services such as the youth offending team ordinarily only provide intervention once the child or young person has already made themselves known to the police usually as a consequence of some already committed criminal activity. This is often too late, and smacks of shutting the stable door after the horse has bolted!

These vulnerable children are also at risk of being identified as useful commodities by older gang members in the community. Recruitment and socialisation into gangs are often tactically handled. Young children can be lured via a combination of intimidation, and temptation. Large amounts of cash, expensive items such as jewellery or designer clothes and for the fear/excitement factor – weapons such as guns or knives are known to be shown. Essentially young children are useful to older gang-members for a number of purposes, for example, as runners (to deliver drugs) and/or to hide stolen goods. They are also impressionable and easier to manipulate. Tragically, boys with ADHD whose fathers are not present in their lives are the most vulnerable. The idea of an affiliation with a group of older strong males watching out for you is both attractive and rewarding. Psychologically, it can somewhat fill a gap and dampen the pain associated with an absent father. The membership of a gang is ironically considered a type of safety (i.e., against harm from other gangs in neighbouring postcodes) and its members take on familial roles. Members provide support for each other; becoming a type of “surrogate” family. The flip side to this situation, is the horrendous pain of the mother when faced with the realisation she may be losing her son to gang affiliation. The ability to positively influence her teenager weakens around the same time her son is growing taller and stronger. The fight to retain control and discipline often turns the home into a battleground of sorts where domestic violence becomes a very real possibility. It is a taboo subject which has been infrequently addressed by social scientists and psychologists but recent U.K. media reports suggest is increasing.

Ideally, all inner-city schools should educate their students on the risks of entering a criminal gang and I am not just talking about a group of friends hanging out together but an organized criminal network. We have to be mindful about making clear distinctions. The Metropolitan police service in London have been previously criticised by the media for arguably criminalising young people especially males and by labelling allegedly innocent youth behaviours as anti-social. For example, the introduction of designated dispersal zones which effectively could be local parks resulted in often “innocent” young people being dispersed and threatened with arrest if they return. The notorious stop-and-search campaign which enabled police to stop and search people without grounds of suspicion in England was ordered illegal by the European court of human rights. The well-known Macpherson inquiry revealed that stop-and-search was used disproportionately among ethnic minorities and in England nearly one-and-a-half million more stop and searches were targeted at black and Asians compared to white people. Furthermore, the London Met carried out 43% of the total stops in England and Wales. In relation to this, the criminologist Dr Ben Bradford of Oxford University carried out an investigation for the Guardian newspaper to mark the 20th anniversary of the murder of Stephen Lawrence, and found that the rate of stop-and-searches of black people doubled in a decade after 1999. Ultimately, the criminalization and in some cases unfounded harassment of minority youths only adds to an even bigger barrier of hatred and distrust between young people and the police. It is clear that there is now a substantial amount of work to be done to rebuild these relationships in London, England.

In relation to gang affiliation, schools also have a role to play. In this day and age, each inner-city school should consider working with specialist agencies that can provide strong, role models for our especially vulnerable youths. Mentors perhaps who have had their own life experiences including gang affiliation and have successfully come through the other side are potentially, mentors with whom young people can learn from and respect most. The alternative is for schools to provide their own mentor system internally. Arguably, very little is done to discourage gang affiliation in schools which is a great shame with potentially devastating consequences. The last decade has witnessed an increase in knife-crime including black-on-black violence which has resulted in a number of murders across the London capital. This is a serious issue which warrants much better investment. Collectively, we have a duty to promote and provide better life experiences for young people in order to create a much brighter future.

The education psychologist said we were going to look at my English and Maths ability with something called Wechsler tests. He said not to worry and they weren’t like tests at school and just to do my best. Afterwards he told us that my verbal IQ was above average but I was under-performing in areas like spelling and reading. He also said that the tests indicated that I had mild dyslexia and that we should consider also the possibility of ADHD.

Nutritious Minds and Lisa Nash Fitness have teamed up to bring you a 1-Day Workshop: Nurture Your … END_OF_DOCUMENT_TOKEN_TO_BE_REPLACED

In 2011, impressionist, playwright and comedian Rory Bremner was diagnosed with ADHD. In a BBC Radio 4 programme ADHD … END_OF_DOCUMENT_TOKEN_TO_BE_REPLACED