Dr Rachel V Gow Inside ADHD > ADHD > Let’s begin with the basics: So what is ADHD? > Stimulant medication 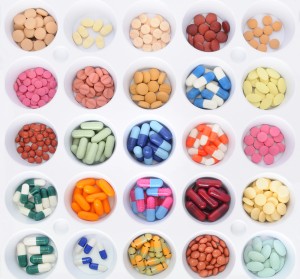 The general consensus among clinicians is that stimulant medication is a successful intervention to treat the symptoms of ADHD (and hyperkinetic disorder) and has been since the 1930’s [6]. The two types of drugs commonly used in the management of ADHD include methylphenidate (MPH: which have brand names such as Concerta or Ritalin) or amphetamine (e.g., Adderall or Vyvanse) and non-stimulants (e.g., Atomoxetine or Strattera). Both dexmethylphenidate (such as Focalin) and MPH are available in immediate-release and extended-release formulations.

Only, the drug Adderall is approved by the Food and Drug Administrative for use in children aged 3 years and older whereas other stimulant medications can be prescribed from the age of 6 years and over. Medications are adjusted by the consultant psychiatrist to control symptoms or to manage adverse side effects according to the child’s response. Younger children may only need a stimulant to assist their school performance during the day. On the other hand, adolescents may require medication after school, for example, during homework or study periods.

Clinical research studies investigating the effects of MPH have reported that the main symptoms of ADHD are reduced in the region of 65%-70% of all children [7, 8]. According to NICE (2008) guidelines treatment should be maintained for as long as it is effective and its efficacy should be monitored at least once a year in children. Medication-free periods also known as “drug holidays”, although not routinely recommended, are often employed by parents during school breaks and weekends.

The prescribing of stimulant medication in children is still a topic of great controversy and debate. Some parents feel it allows their child to access education in a way that was just not possible before due to the severity of symptoms. Other parents will seek natural interventions and have reported great benefits in reassessing diet. For more discussion on alternative interventions see the Interventions and Behaviour Management section of the website.

I remember being really excited about my first day at school. I had a new Spiderman lunch box and a smart new blue and grey uniform. It wasn’t long though before I got into trouble. I couldn’t sit still on the mat when it was story time. In fact a lot of the time I found it difficult just to sit at my desk without getting up and moving around.

Nutritious Minds and Lisa Nash Fitness have teamed up to bring you a 1-Day Workshop: Nurture Your … END_OF_DOCUMENT_TOKEN_TO_BE_REPLACED

In 2011, impressionist, playwright and comedian Rory Bremner was diagnosed with ADHD. In a BBC Radio 4 programme ADHD … END_OF_DOCUMENT_TOKEN_TO_BE_REPLACED