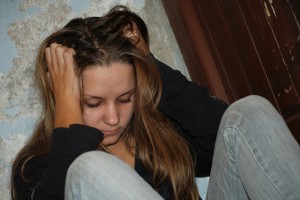 The Diagnostic and Statistical Manual of Mental Disorders (volume 5) recently merged substance abuse and substance dependence as a single diagnostic condition under the category of substance-use disorders also known as SUDs. This has created some controversy as previously under the DSM-IV the categories of abuse and dependence were independent. Substance abuse is considered the recreational use and/or over-indulgence of drugs which leads to persistent social adversities such as a failure to comply with work, family and/or financial obligations and problems with inter-personal conflict. Dependence represents the process of physiological alterations which are considered detrimental to an individual’s mental and physical health and/or the welfare of others. These terms are now combined to form the generic SUD classification. SUDs are thought to have roots in early childhood experiences although genetic influences are also considered to play a role. There are suggestions that adolescence is a particularly vulnerable period for the onset of drug use and especially among males with ADHD and conduct-disorder related behaviours [73, 74].  The reasons for this are not concrete but there are suggestions that under-achievement or academic failure, vulnerability to delinquent peer-groups, and low self-esteem may play a role. In addition, nicotine and other substances including cocaine and cannabis have been theorized as a form of self-medicating.

Currently, approximately one quarter of adults (aged 18 -44 years) in the United States have substance dependence and comorbid ADHD [75]. Services need to be extended during the transition from adolescence into early adulthood for individuals with a diagnosis of ADHD in childhood. Currently the availability of clinical and community-based approaches is lacking yet the prevalence of SUDs rising. This discrepancy will further increase the burden on health-care systems while creating  havoc in the lives of  those affected. For these critical reasons, sizeable investment in preventative community intervention systems needs to be implemented and continual access to care beyond the period of adolescence.

The first point of call beyond friends and family members for any adolescent or adult who thinks they may have or be developing a substance use disorder is to make an appointment with their general practitioner (GP) who can then decide the most appropriate referral. Joining a support network also like Narcotic Anonymous or Alcoholic Anonymous may also be helpful. It is incredibly brave and courageous to confront an area of your life which may be making you unhappy and reaching out for help will open doors to support you through the process of recovery. It is important to remember that arguably no-one started out life with addictions and in the same way they became intrinsic or conditioned – they can be unlearnt. There is always hope to return to a natural (substance-free) state of being.

There are writers on the subject who are worth checking out too, including Barbara Mulloy-Robbins (see below), and the amazing Chris Hill.

Back in the late 60’s I was to learn the hard way about the disorder of MBD (Minimal Brain Dysfunction), which is now known as ADHD. It was with hands-on experience that I learned to speak from the heart in my book, “An Uphill Struggle, from ADHD and Chemical ADDiction; A Mother’s Story”.

I spoke of the troubled journey of my two sons, Greg and Chris both of whom were crippled by the untreated disorder of ADHD coupled with the deadly disease of chemical addiction. Recently, I learned that ADHD rarely travels alone; meaning that it goes hand in hand with other disorders. With both boys it became chillingly apparent over time that they attempted to “self-medicate” in order to normalize the symptoms of their emotional illness which masked the underlying problem.

While doing my research, I was inspired by an article written in Perspectives, (2001) Journal on Addiction Research and Public Policy. This article stated that it was estimated that as many as ten million young people might suffer from emotional and psychiatric problems of such magnitude, that their ability to function is severely compromised. Around the same time, Joseph Califano, former head of the National Center on Addiction and Substance Abuse at Columbia University asked Ann Landers to print his letter in her syndicated newspaper column. The message was loud and clear: “Please tell your readers about research showing the link between Attention Deficit Disorder and substance abuse. Those children must receive treatment tailored to deal with both problems. Each delay focusing on this can set them on a tragic and often deadly course”.

Those who suffer with ADHD or ADD have been described as “daredevils and daydreamers”. My son Greg was the former and my other son Chris was the latter. From both sides of our family, they were genetically predisposed to both ADD and chemical addiction.

My son and I travelled in a road together with no map or directions in hand. We were passengers on a road replete with detours, potholes, crumbling bridges and baggage often too heavy to bear.

My story is intended to not only give solace to those parents who have loved troubled children and perhaps lost them to an undetected dual diagnosis. Although, my quest did not save my sons, it is my hope that the information that I brought to bear on the subject will help families suffering from the combined effects of ADD and chemical addiction. It is my belief that the connection between these is something that is woefully underexposed to the detriment of thousands.

Some of the contents of this article are taken from An Uphill Struggle by Barbara Mulloy-Robbins. The book can be purchased on Amazon.

Transitioning from corporate sales to a grant facilitator, Barbara Mulloy-Robbins experience includes Interfaith Services, youth drug and alcohol prevention, healthy aging for seniors and public speaking. She was ordained at The Cathedral of St. John the Divine in New York City, as an Interfaith Minister. She is also the author of An Uphill Struggle: From ADHD to ADDiction, a non- fiction book chronicling ADHD in the family, and the devastating connection between ADHD and Chemical Addiction as it played out in the life and death of her two sons. She divides her time between North New Jersey and Palm Beach County.

Nutritious Minds and Lisa Nash Fitness have teamed up to bring you a 1-Day Workshop: Nurture Your … END_OF_DOCUMENT_TOKEN_TO_BE_REPLACED

In 2011, impressionist, playwright and comedian Rory Bremner was diagnosed with ADHD. In a BBC Radio 4 programme ADHD … END_OF_DOCUMENT_TOKEN_TO_BE_REPLACED