For at least the past two decades, there has been much scientific enquiry into which brain regions may be implicated in ADHD. Several fairly recent reviews of the scientific literature have postulated that ADHD is associated with global decreases in brain volumes and most consistently volumetric reductions in the basal ganglia compared to age and sex-matched controls [3-5] . Neuroimaging studies have also reported structural differences in children with ADHD compared to controls. Some of the differences reported were reduced cortical thickness in prefrontal cortices, anterior temporal and posterior parietal regions [6]. These findings, of course, refer only to the sample of volunteers recruited in each study and cannot necessary be generalised across entire populations of people with ADHD especially because there is such wide variability found within individuals with the condition. In addition, there may be other potential confounding variables at play, for example, the long-term use of stimulant medication and/or comorbid symptoms of conduct disorder [7, 8]. For a comprehensive overview of the literature in this area, please refer to the references provided. The following section will now provide a basic outline of the structure and function of some of the key brain regions implicated in ADHD thus far. However, an important point is these regions do not work in isolation. The brain is pretty much considered to work from an integrative perspective as part of a large and complex network: both from a micro-scale, in terms of individual cells and synapses, to a macro-scale of cognitive systems and embodied organisms [9].

The frontal lobes are the last part of the brain to develop. These lobes pretty much govern our every day thoughts, behaviours and actions. They are involved in the management of higher order executive functions which include: the ability for forward thinking, that is, to plan ahead and work towards goals; aspects of movement; decision making and the computation of abstract thought. The frontal cortex is also linked to processes involving emotion, memory and intelligence. It is the part of the brain that contains the most dopamine-sensitive neurons. The dorsolateral prefrontal cortex (DLPFC) makes up the back and sides of the frontal cortex and is associated with working memory and aspects of executive function,in particular the modulation of thinking and action. Abnormal activation of the DLPFC has been found during neuroimaging studies in a range of different clinical populations including schizophrenia, ADHD and major depressive disorder.

The cerebellum is positioned at the bottom of the brain and contains more neurons than the rest of the brain but only 10% of total brain volume. Most of its volume consists of very tightly folded layers of gray matter. Lying underneath the gray matter is white matter comprising mostly myelinated nerve fibres which travel to and from the cortex. The cerebellum is involved in motor control and in the coordination of precision and timing. It is also considered to play a key role in unconscious memory related to procedural processing (e.g., playing a musical instrument). In addition, the cerebellum is associated with processes involving attention, mental imagery and language.

The basal ganglia is made up of several sub-components including the striatum (caudate nucleus and putamen), the globus pallidus, the substantia nigra, the nucleus accumbens, and the subthalamic nucleus. The functions of the basal ganglia regions include motor control, voluntary movement and procedural learning (e.g., painting, playing a sport, driving a car). Dysfunctions of these regions have been found in Tourette’s syndrome and Obsessive Compulsive Disorder (OCD). The caudate nucleus is a nucleus also within the basal ganglia and is implicated in learning and memory processes.

The parietal lobes are involved in the integration of sensory information, in particular, in relation to navigation and spatial awareness. The parietal lobes are also associated with the knowledge of numbers and processes related to the manipulation of objects including touch. The posterior parietal cortex receives somatosensory and/or visual input which then via motor signals, directs arm, hand and eye movements [10]. The temporal lobes are involved in various processes such as those related to language comprehension; visual memories; the storing of new memories; emotions; deriving meaning and processing sensory input. The temporal lobe contains the hippocampus, which is fundamental for memory and learning. The hippocampus also plays an important role in the creation of explicit long-term memory regulated by the amygdala. High-level auditory and visual processing is processed by different components in the temporal lobe including the primary auditory cortex and the ventral part of the temporal cortices. The area between both temporal and parietal lobes is named Wernicke’s area after the German neurologist Carl Wernicke who first described it in 1874 and is involved in speech perception and language comprehension.

Previously, neuroscientific research focused on the function of fronto-cerebellar circuits and specifically the dorsolateral-prefrontal cortex, cerebellar vermis and caudate nucleus as the key brain regions associated with ADHD symptomatology [11, 12]. However, it has since become apparent that poor modulation or impairments in these fronto-striatal executive networks do not fully account for ADHD pathophysiology [4]. More recently, scientific interest in ADHD has been concerned with motivational aspects and especially reward-related processes and management involving the ventral striatum. The ventral striatum is a part of the striatum which consists of the nucleus accumbens and the olfactory tubercle. It is widely considered the reward centre of the brain.

The hypothesis that children and adults with ADHD have problems with motivation and reward processes and that those impairments were central to the condition is not at all new. In fact, it was proposed almost 2 decades ago [13]. However, the reasons for motivational problems in ADHD were previously unclear and consequently children were incorrectly and unfairly labelled as lazy or deliberately defiant. Thankfully, neuroimaging research has advanced our knowledge substantially. We now know that children with ADHD require stronger incentives to alter their behaviour compared to children without ADHD. For example, they will often choose smaller, immediate rewards over larger, delayed ones [14, 15]. A translational example could be in terms of monetary rewards. For example, if a child with ADHD was offered $25 immediately for completion of a task or $45.00 at the end of the month they will almost always choose the smaller, immediate reward over the larger, future, delayed one. This is a highly replicated phenomenon. Dopamine is critically involved in motivational processes and increasing evidence points to decreased function in brain dopamine reward pathways in both children and adults with ADHD [16, 17]. 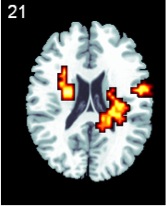 Image 21 on left – with permission from Cubillo et al. (2011). A review of fronto-striatal and fronto-cortical brain abnormalities in children and adults with Attention Deficit Hyperactivity Disorder (ADHD) and new evidence for dysfunction in adults with ADHD during motivation and attention, published in Cortex 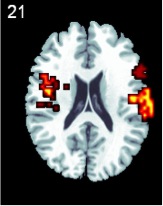 Image 21 on right – with permission from Rubia et al. (2009). Methylphenidate normalises activation and functional connectivity deficits in attention and motivation networks in medication-naïve children with ADHD during a Rewarded Continuous Performance Task published in Neuropharmacology

Nutritious Minds and Lisa Nash Fitness have teamed up to bring you a 1-Day Workshop: Nurture Your … END_OF_DOCUMENT_TOKEN_TO_BE_REPLACED

In 2011, impressionist, playwright and comedian Rory Bremner was diagnosed with ADHD. In a BBC Radio 4 programme ADHD … END_OF_DOCUMENT_TOKEN_TO_BE_REPLACED