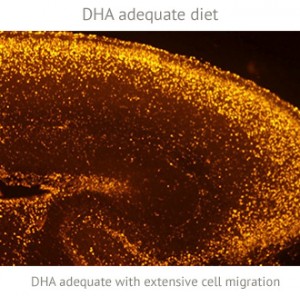 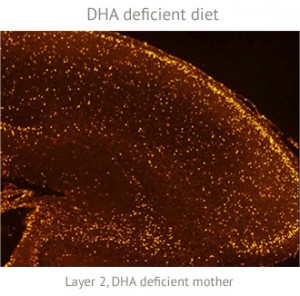 The peak vulnerability to harm from nutritional deficiencies occurs during pregnancy, when the central nervous system is first developing. The quality of the maternal diet is particularly dependent on the intake of micronutrients such as vitamins A and B (including riboflavin/B2); choline, and folate; trace elements such as iodine, iron, zinc, copper; and omega-3 and 6 highly unsaturated fatty acids – in particular, DHA and arachidonic acid (AA) for brain development.

It is well-established that nutritional deficiencies (and excesses) may affect the infant brain and alter subsequent development and behavior permanently [38-40]. The link, for example, between iodine deficiency and mental retardation is widely documented. In developing countries, about 38 million children are born each year at risk of iodine-associated mental retardation [41]. Deficiencies in iodine and iron (i.e., anaemia) during infancy have been linked to a range of suboptimal developmental outcomes, including:

The effects of omega-3 deficiency during pregnancy and weaning in animal studies are rather compelling and well-replicated. For example, prenatal and postnatal omega-3 (including ALA and DHA) insufficiencies have been associated with a variety of structural changes in the animal brain including:

In a number of studies, restoring omega-3 fats into the diet during lactation has reinstated the brain fatty acid composition and some parameters of neurotransmitter function [50]. Although, these studies are challenging if not impossible to ethically replicate in humans, they arguably demonstrate the essentiality of omega-3 fats for healthy brain development and function.

Nutritious Minds and Lisa Nash Fitness have teamed up to bring you a 1-Day Workshop: Nurture Your … END_OF_DOCUMENT_TOKEN_TO_BE_REPLACED

In 2011, impressionist, playwright and comedian Rory Bremner was diagnosed with ADHD. In a BBC Radio 4 programme ADHD … END_OF_DOCUMENT_TOKEN_TO_BE_REPLACED