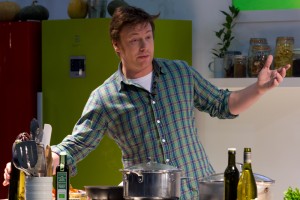 One major consideration is that advocates of healthy foods for children seem to tackle issues from the neck downwards and complete over-look the impact of unhealthy food substances to the brain. I have previously addressed the fact that the brain requires selective nutrients for optimal function and that unhealthy food choices significantly negatively impact a childs behavior, mood and learning. It is a fact that the the brain is critically involved in the development of obesity so if we are to address the body we also need to address the brain.

Despite very public and heroic attempts to reform school-meals by several influential figures including Jamie Oliver and the First Lady, Michelle Obama, the majority of schools across both the U.K. and U.S. still serve meals rich in sugar, saturated fat and sodium with little nutritional value. Food deserts in the United States, in particular, are considered breeding grounds for both poor food choices and availability. There have been numerous media reports that some children are going to bed hungry at night which in this day and age is frightening, unacceptable and undeniably impacting brain function and ultimately behavior. The World Health Organization publically predicted a 50% increase in child mental-ill health by 2020, but what is being done to address this? The quality and availability of foods can make a difference. We also have to ask ourselves that even if there are healthy choices available in schools what measures are in place to encourage children to pick them? Educating the public especially parents/teachers/children on the role of nutrition and making healthy food choices is arguably the only way to change the current situation. Better investment is also needed in school-food programs and tighter regulation in terms of food ingredients especially in the U.S. where a lot of food constituents are not regulated by the Food and Drug Administration (FDA). There is big support to bring back nutritional sciences and make them a compulsory feature of children’s curriculum. In addition, tighter regulation is needed in the advertising, marketing and availability of unhealthy foods both in fast-food restaurants and supermarkets.

The cost of a school dinner for a child in the U.K. is estimated in the range of a lower level of £1.25 to an upper level of £2.50. Comparatively, in the U.S., a school-meal ranges from around $2.25 to $2.75. At these prices, we can assume that the bulk of foods provided are neither free-range (i.e., cage-free), organic or grass-fed. As a parent, I want to be reassured that foods are non-GMO* (*GMOs are genetically modified organisms; plants or animals that have been genetically engineered with DNA from bacteria, viruses or other plants and animals. They are experimental combinations of genes from different species which cannot occur in nature or in traditional crossbreeding), free from chemicals, artificial additives, flavouring and sweeteners including high-fructose corn syrup (HFCS). I would also go one step further and want to know the origin of foods, how they are processed, how they are prepared and cooked and with which type of oils. For example, were they baked with a healthier coconut or olive oil as opposed to hydrogenated, omega-6 rich, soy bean oil. In fact, most parents are not able to assess any of this information; neither the quality of the foods provided nor their origin. I wonder why? Food labels have to be transparent in this day and age. As a parent we want the best for our child and knowing what we are feeding them really is a basic human right. So, to summarise, some of the questions raised here include:

We may not necessarily be able to change school menus but we can create our own menus with our child to ensure they have a healthy lunch every day. The best way to prevent fussy food behaviours is to develop your child’s taste buds by introducing a variety of foods especially fruits and vegetables from a young age.

We should remind ourselves of the old English proverb: 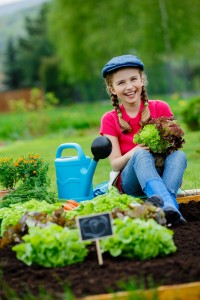 In the case of children, eating breakfast like a King is critical for starting their school-day. Boiling free-range eggs with soldiers (wholemeal toast cut into slices)for breakfast may mean getting up 15 minutes earlier but protein is a much healthier start to the day than a bowl of cardboard looking and tasting cereal packed full of sugar and salt and little else.

Of course, learning about food and food production from a young age also fosters healthy food choices throughout the life-span. As previously mentioned, it is a big mistake that home-economics and nutritional sciences do not currently have a mandatory role in the National Curriculum in England despite many groups advocating for it. This means that most primary aged schoolchildren may not be given the opportunity to learn about the role of healthy foods; how foods are processed; which ingredients go in their foods and where their daily foods come from. There is a rising public health need and duty to educate our children and the only way to realistically do this is for schools to go back to basics; make home economics and the nutritional sciences compulsory and to teach every child about the importance of healthy food choices from a young age. I applaud the fact that some schools have independently tried to make small changes by introducing vegetable patches or herb gardens. Small gardens such as these are an excellent introduction to food production and the vital ingredients – soil, sun, water and minerals – needed to grow nutritious food while simultaneously fostering healthy behaviours in the bright minds of the future.

Nutritious Minds and Lisa Nash Fitness have teamed up to bring you a 1-Day Workshop: Nurture Your … END_OF_DOCUMENT_TOKEN_TO_BE_REPLACED

In 2011, impressionist, playwright and comedian Rory Bremner was diagnosed with ADHD. In a BBC Radio 4 programme ADHD … END_OF_DOCUMENT_TOKEN_TO_BE_REPLACED