Dr Rachel V Gow Inside ADHD > Education > So what is the answer to the ADHD question? 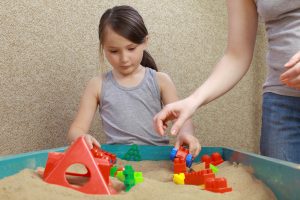 Many would argue that if a child with ADHD or Autism misbehaves in class, they should be excluded, just like any other child. Not to do so, runs the argument, would be to discriminate or to use the child’s diagnosis as an excuse.

But it is a highly complex picture. I believe that children with chronic ADHD (and similar challenging disorders on the spectrum) are set up to fail educationally as soon as they step into the classroom of a mainstream school at age five.

How is that possible? Simple – the current model is wrong. Humans throughout history are guilty of accepting familiar models which are ineffective or just plain wrong, until something drastic happens which forces change.

In the ADHD section of this website, I describe how children with ADHD often attract a lot of attention for the wrong reasons. Their low-level disruptive behaviours are in the main due to the core symptoms of ADHD which they struggle to control: inattentiveness, restlessness, hyperactivity and impulsive behaviours. Any individual, including adults in the workplace, who receive an increased volume of negative attention and criticism on a daily basis, will have their breaking point. So, in dealing with children with ADHD, persistent negative criticism should be avoided at all costs. Modifying behaviours can be achieved in different, more constructive ways.

Whether this can be realistically achieved in a mainstream school environment within noisy classrooms of 30-plus boisterous school-children is debatable. Children with ADHD require a higher level of support and a different method of communication. Teachers would need special training and be willing to take time in their already over-stretched schedule to learn new skills. And then there is the added cost to the school of sending teachers on special training courses.

The logical thing in the UK would be to modify and update the Postgraduate Certificate in Education (PGCE) training. It appears that special educational training for teachers is only given when an individual declares their disability, as opposed to teachers receiving advance training as a matter of course.

Time for a new model of education

The ultimate aim of the articles in the Education section of this website is to shout out that it’s time for change. We know that some of the risk factors for unmanaged ADHD are serious. I have already discussed that children with ADHD are thought to have a higher risk of educational failure; of gravitating towards delinquent peer groups which in turn places them at risk of anti-social and conduct-disordered related behaviours, potential criminality and an elevated risk of incarceration. Adolescents and young adults also have an increased risk of developing substance use disorders and addictions to drugs, including but not restricted to alcohol, nicotine, cocaine and marijuana.

This is a highly replicated, common phenomenon known as the gateway hypothesis, and is theorised clinically to be a form of self-medicating. For all these reasons and more, the cost of ADHD to society and healthcare systems is staggering and currently calculated in the regions of tens of billions of US dollars every single year.

We may not yet be able to find a cure or surefire prevention for the development of ADHD, but we can intervene from an early age to ensure that these children have access to an education based on inclusion – one that both fosters their learning capability for the purpose of reversing the current statistical situation, and reduces the risk of more serious adverse outcomes.

Prevention for all these risk factors is a very real, plausible and accessible option. It involves the creation of a new, inclusive model of education in order to elevate the potential of these children, and give them a chance to achieve the academic greatness they deserve.

Nutritious Minds and Lisa Nash Fitness have teamed up to bring you a 1-Day Workshop: Nurture Your … END_OF_DOCUMENT_TOKEN_TO_BE_REPLACED

In 2011, impressionist, playwright and comedian Rory Bremner was diagnosed with ADHD. In a BBC Radio 4 programme ADHD … END_OF_DOCUMENT_TOKEN_TO_BE_REPLACED