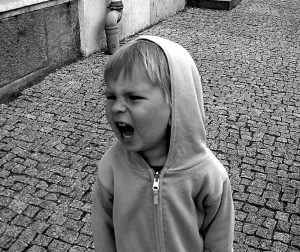 In 2008, The Bow Group published a report – SEN: The Truth about Inclusion. In my opinion, it provides a firm rationale for a renewed government inquiry into the current miserable state of affairs in relation to the exclusion of children with special educational needs in England. What follows is a summary of their findings (for a more comprehensive overview of their report please refer to the link provided in the link above).

Taking the content of this report into consideration, a short time later the Conservative government enforced this aim for inclusion into robust legislation – the Education Act (1981). This act entitled children with SEN to appropriate educational provision; for the first time their specific needs were safe-guarded. The act enabled the evaluation of the child in a series of stages starting with a statutory assessment and ultimately leading to the allocation of a statement of special educational needs. This is a legally binding document which makes clear the child’s needs, appropriate provision and placement that a local education authority (LEA) is then legally bound to put in place.

During the 1990s the Government went one step further and gave children with special educational needs an entitlement to attend mainstream education, if appropriate, and parents the right to appeal to a SEN tribunal. There was now a formal Code of Practice which served as guidance to both the Local Authorities and schools on how to govern the process.

However, in 2001 under the rule of New Labour, a new Education act made a quantum leap:

The starting point is always that children who have statements will receive mainstream education.
(Inclusive Schooling Guidance, 2001, paragraph 22).

The new legislation now insisted that children with SEN must be educated in mainstream schools unless overwhelming evidence was provided to the contrary. This evidence was based on two points:

Arguably, the act was also open to misinterpretation by local education authorities who perceived it as an obligation to educate children with SEN in mainstream schools. The act had the additional benefit of potentially saving substantial amounts of money for LEA budgets. It also meant that the child’s needs assumed secondary importance and that parents had to now battle for the recognition of their child’s needs.

In 1997, the number of children in the UK in maintained special schools was 93,020, and in non-maintained 5,230 – a total of 98,250 children. In 2007, the figures reduced dramatically to 84,680 in maintained schools and 4,720 in non-maintained schools, a grand total of 89,410 children. Somehow a total of 8,840 places had been lost over the course of that decade alone. We saw not only a reduction in the issuing of statements, but also an increase in the number of statemented pupils in mainstream schools, as a direct result of the closure of special schools.

Bear in mind, children without a statement cannot get a place at a special school and therefore have no legal entitlement to appropriate educational provision or support. Non-statemented students are ordinarily divided into two categories:

Persistent fixed-term exclusions and permanent exclusions may result in the inappropriate placement of a child with SEN into a pupil referral unit (PRU). PRUs can be considered as the last chance saloon and reserved for those children thought to be uneducable in mainstream schools. In 2006, Ofsted identified PRUs as the least appropriate place for children with SEN to be educated. The original aim of PRUs was to reintegrate children back into mainstream school if the behaviour of the child improved. However, the referral to a PRU can also result in the complete breakdown of a student’s education. Worse still, it can increase the risk of exposure to gang affiliation and more serious antisocial and criminal behaviour.

The problem is that PRUs were never designed to cater for children with SEN, and the number of suspensions given to SEN children in PRUs arguably highlights their complete inability to cope and meet their specific and complex needs. There is enough evidence to suggest that the placement of children with SEN in PRUs is a complete failure of the government to fulfil a commitment of responsibility to these children. It is wholly inappropriate and must be reconsidered with better care and attention.

Not so fun facts and figures

The statistics are appalling and quite frankly an embarrassment in this modern day and age, given all the knowledge we have about the impact and enormity of educational failure. It seems very little is being done to address this miserable state of affairs. An urgent independent review of the entire system is long overdue and warrants immediate investigation. We cannot continue setting these children up to fail.

The burden of this failure is huge. Beyond the devastating effects to both the individual and their families, the implications are also evident from a socio-economic, medical and psychological perspective. We only have to refer to the clinical research, which now confirms that an estimated 50% of all incarcerated adults meet diagnostic criteria for ADHD. This is ultimately a very real end point of educational failure, of not meeting the child’s needs – a PRU-to-prison-trajectory, when the reality is that the entire situation is so utterly preventable. Much better investment needs to go into prevention and research. We need to be much more accountable in recognising that these children are being set up to fail.

The answer is a professional re-evaluation of the current situation, which ultimately necessitates a paradigm shift in the way we think about the education of these young people. The result of exhaustive investigations has to be updated policies. It seems that some policymakers in the UK are so out of touch with the reality of this failing system. A new model of education needs to be implemented; there is no doubt that it is time for change.

Nutritious Minds and Lisa Nash Fitness have teamed up to bring you a 1-Day Workshop: Nurture Your … END_OF_DOCUMENT_TOKEN_TO_BE_REPLACED

In 2011, impressionist, playwright and comedian Rory Bremner was diagnosed with ADHD. In a BBC Radio 4 programme ADHD … END_OF_DOCUMENT_TOKEN_TO_BE_REPLACED