Dr Rachel V Gow Inside ADHD > ADHD > Let’s begin with the basics: So what is ADHD? > Education 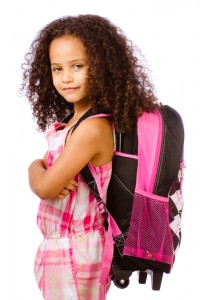 This section serves only to outline the primary issues faced by children with ADHD in our current education system. The topic of education is covered in much more detail in the Education section of the website. There is a need to acknowledge that we are currently witnessing an increase in anti-social, violent and gang-related behaviors among our youth. I will propose that one critical causal reason for this is quite simply a breakdown in education coupled with inadequate professional intervention during crucial developmental ages. The link between educational failure and subsequent criminality is compelling but what is being done about it? Often the reasons for a lack of intervention are multi-factorial and either due to a lack of resources, trained professionals, mentoring and funding. My observations are that children with ADHD and similar behavioural conditions are at the greatest risk in the current education system. They are all too often pushed out of modern school systems and at a tender age. Currently, in the United Kingdom, we have witnessed a monumental increase in schools opting to change to academy status. In 2011 there were some 1070 academies in London and approximately 3,000 in England. These figures have since increased and continue to rise. Essentially, most academies control their own budgets and are independent of local education authorities. The introduction of academies has arguably given rise to the creation of schools as enterprises where the detailed working of an academy is wide open. One could argue that this means that schools are now conducted in a comparable manner as competitive commercial businesses where glossy brochures matter and behavioural problems are often met with zero tolerance. The situation is both controversial and political. Most schools are very quick and able at identifying children with behavioural problems. Unfortunately, the behaviours are not always subjected to vigorous investigation, and as a result, are not always best understood or handled sympathetically. Teachers, of course, are neither social workers nor psychologists and receive very little training in special educational needs. This means that children with special educational needs have an increased risk of being incorrectly labelled as simply “naughty” or “deliberately defiant”. Poor behaviours are often incorrectly attributed to some external cause as opposed to an underlying condition such as ADHD which causes great frustration for parents and the child in question.

During many classroom observations, I’ve often witnessed teachers tell children with ADHD to:

SIT STILL!
STOP FIGETTING!
STOP TAPPING WITH THAT PENCIL!
DON’T BLURT OUT THE ANSWERS!
PUT YOUR HAND UP!

Of course you may be thinking – these are all reasonable commands – which they are – if you don’t have ADHD. These are in fact the very symptoms that children with ADHD struggle to regulate and are thought to be associated with specific impairments (and at times chronic) in fronto-striatal, fronto-parieto-temporal, fronto-cerebellar and fronto-limbic brain regions and networks as qualitatively demonstrated in numerous neuro-imaging studies [31-33].

An integral part of the human condition is the desire to deal with tangible evidence over and beyond faith systems. What is meant by this is we want to see, read and evalutate the evidence for something before we can believe it. Unfortunately, mental ill-health conditions don’t often present with obvious symptoms and are frequently misunderstood as a result. Many would agree that no reasonable person would ever command a child in a wheelchair to, “Stand up and walk!”. Yet children with a less visible impairment affecting the brain including ADHD will often get the short straw. We have a duty to remind ourselves that just because we can’t see the disability – doesn’t mean that it doesn’t exist.

A good SENCO (Special Educational Needs Co-ordinator) when faced with behavioural difficulties will always make referrals and push for a statutory assessment of the child’s needs. Some schools now have “in-house” educational psychologists which is an excellent concept. Schools without this luxury need to make referrals to their boroughs local education authority for an assessment. However, these evaluations are often subjected to long-waiting lists and can be budget dependent. In the meantime, the child is at risk of: exclusion, a reduced timetable, discipline which is not specifically tailored to their needs and so consequently ineffective and at the receiving end of potential persistent negative attention. It is a vicious cycle that needs addressing; please see the Education section of the website for further discussion on how we are arguably failing some of these children educationally and in the process crushing their creativity, spirit and self-esteem.

My teacher couldn’t understand why I couldn’t finish my work on my own. When she sat with me and gave me lots of help and encouragement I was able to do it. But she explained that she couldn’t always devote time just to me. Yet on my own I couldn’t concentrate long enough to finish the task. I think she thought that I was lazy and preferred to muck around. Sometimes she got really cross, shouted at me and said I wasn’t allowed out at playtime until I had finished. Missing my playtime made me really sad but really angry too. Mum said it made me worse because I became like a caged tiger.

Nutritious Minds and Lisa Nash Fitness have teamed up to bring you a 1-Day Workshop: Nurture Your … END_OF_DOCUMENT_TOKEN_TO_BE_REPLACED

In 2011, impressionist, playwright and comedian Rory Bremner was diagnosed with ADHD. In a BBC Radio 4 programme ADHD … END_OF_DOCUMENT_TOKEN_TO_BE_REPLACED