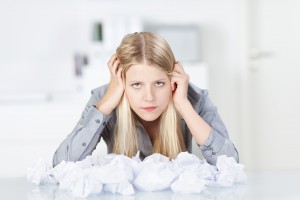 ADHD is thought to affect about 2% of adults worldwide and is characterized by core symptoms of inattention, hyperactivity and impulsivity (DSM-IV-R, APA) [50]. It is estimated that about 50% of children with ADHD continue to meet diagnostic criteria in adulthood [51]. A general view held by clinicians is that symptoms of hyperactivity diminish but the inattentiveness component persisting into adulthood [52, 53]. A study by Kessler et al. (2010) demonstrated that 94.9% of participants across 14 countries who had previously received a childhood diagnosis of ADHD met full DSM-IV criteria for attention-deficits (ADD) compared to just 34.6% meeting criteria for the hyperactive sub-type [54]. Adults with ADHD may also have additional cognitive deficits such as those associated with higher executive functions. These include impairments in time management, organization, encoding and directing information [55].

For a diagnosis of ADHD in adults, the severity of symptoms should be sufficient enough to affect every day functioning and negatively impact an individual socially (affecting relationships including marital), psychologically, educationally and/or occupationally – all of which are assessed by a clinician via structured interview. Some adults have journeyed throughout their life without a diagnosis of ADHD but may have suspected that something is not quite right or attribute their behaviour(s) to simply being inattentive; disorganised or overly impulsive and suffer as a result. Some will have learned to develop coping mechanisms which are personal to them in terms of their daily organisation and time-management. ADHD is often linked with creativity and the ability to think outside of the box and for those reasons is present among entrepreneurs. These pockets of individuals often delegate the mundane day to day running of their lives to a highly efficient personal assistant or lean heavily on the assistance of their partners. Others may be coping less well and possibly self-medicating with alcohol, nicotine, marihuana or cocaine due to their dopamine modulating effects. The link between addiction and adult ADHD is fairly compelling and has been subjected to extensive research investigation, in particular by the neuroscientist and Director of NIDA (National Institute of Drug Addiction), Dr. Nora Volkow. 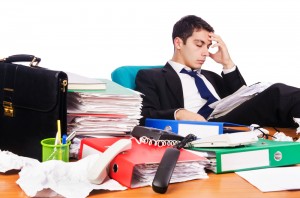 The addictive nature of ADHD is thought in part to be due to the dysregulation of noradrenergic function and faulty neurotransmitter systems, especially, of the dopaminergic system involving the dorsolateral prefrontal cortex networks [56]. Interestingly, these catecholamine networks are also known to be altered as a result of omega-3 deficiency in utero [57]. The psycho-stimulant, methylphenidate, has been found to normalise some of the neuropsychological deficits observed in individuals with ADHD while in healthy adults it has been found to improve reaction time, working memory and vigilance by directly impacting on dopamine and noradrenaline release in the prefrontal cortex [29, 58-61]. For these reasons, methylphenidate is often referred to as a cognitive enhancer. In a similar fashion, omega-3 modifies the activity and production of neurotransmitters and signal transduction [62]. See the section titled Neuroscience and Nutrition for further information.

The check-list below provides a basic tool to capture and identify symptoms of ADHD present in adulthood; it in no way forms part of any diagnosis but may indicate the necessity for further investigation and self-referral to a clinician.

The updated NICE (National Institute for Clinical Excellence) guidelines provide an easy to read, accessible guide concerning the validity of the diagnostic construct of ADHD as outlined in the Diagnostic and Statistical Manual, volume 5. You can download a PDF copy of the NICE guidelines.

*With kind permission from The Studio ADHD centre

While we were waiting for the appointment to see Dr. Grange, a clinical psychiatrist, mum and I looked ADHD up on the Internet. We typed the words ADHD into a search engine called ‘Google’ and lots of information popped up mainly by a Professor called Eric Taylor who mum explained later worked and helped children and adults with ADHD.

Nutritious Minds and Lisa Nash Fitness have teamed up to bring you a 1-Day Workshop: Nurture Your … END_OF_DOCUMENT_TOKEN_TO_BE_REPLACED

In 2011, impressionist, playwright and comedian Rory Bremner was diagnosed with ADHD. In a BBC Radio 4 programme ADHD … END_OF_DOCUMENT_TOKEN_TO_BE_REPLACED