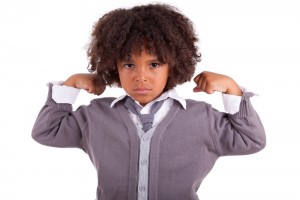 ADHD is a complex, multi-faceted, neurodevelopmental disorder with core symptoms of inattention, hyperactivity (restlessness) and impulsivity. In addition to the primary symptoms, ADHD often overlaps with symptoms present in other learning or behavior conditions including dyslexia, anxiety, depression and mood disorders. Comparatively, children with autistic spectrum disorders, epilepsy or Tourette’s syndrome can also have symptoms of ADHD. These comorbidities contribute to the complexity of the disorder. A lot of people may present with symptoms of ADHD but it is the degree to which everyday functioning is impaired that gives rise to a clinical diagnosis. We can all be restless, occasionally impulsive and inattentive however children and adults with ADHD have symptoms severe enough that their lives without support can become chronically impaired. Everyday tasks are affected as a result of having ADHD and communication with others can also be disrupted due to the misinterpretation of social cues. ADHD also has a higher prevalence in males than females however reasons for this are still being worked out. On each page of the ADHD and associated behaviours section, you may notice a little boy and a speech bubble. These thoughts and musings are extracts from my book: What does it mean I’ve got ADHD? I wanted to document this because the voice of the child, within the chaos that surrounds ADHD, is often lost.

A key impairment associated with ADHD is the inability to “think” before “acting”. This impulsive side of ADHD can bring spontaneity but not being able to take the time to think carefully before making a decision or action can leave a child or adult vulnerable with serious consequences. Emotional dysregulation is also a common feature of ADHD. What this essentially means is that children and adults with ADHD struggle to control their emotions and can be prone to explosive and somewhat unprovoked outbursts. Having ADHD does not negatively impact IQ and the variation in IQ is by and large representative of the normal population. Individuals with ADHD often do extremely well in entrepreneurial positions and as inventors or in the creative industries such as acting. We should remind ourselves that ADHD can work really well for some people and arguably there is a link to creativity even genius. Some of the many well known and respected figures linked to ADHD, current and past, are thought to include:

A known (yet under-invested) phenomenon is that unmanaged ADHD coupled with conduct disordered-related behaviours can lead to the development of anti-social behaviours, substance mis-use and in some instances a life time of prolific offending. Better investment is needed to understand the risk factors that can lead to these behaviors in adolescents so these can be prevented in children. Arguably, one of the main preventative factors starts with the security of an inclusive and non-discriminatory education. This although sounding pretty straightforward, in the current education model, is a long way from being achieved.

When I was a baby I reached my milestones very early on. I know this because mum recorded all my early achievements in a book called ‘Baby’s First Years’ and I often look through it. There are pictures of me crawling at 6 months old and pulling myself to stand at 7 months old. By the time I was 10 months old I was walking.

Nutritious Minds and Lisa Nash Fitness have teamed up to bring you a 1-Day Workshop: Nurture Your … END_OF_DOCUMENT_TOKEN_TO_BE_REPLACED

In 2011, impressionist, playwright and comedian Rory Bremner was diagnosed with ADHD. In a BBC Radio 4 programme ADHD … END_OF_DOCUMENT_TOKEN_TO_BE_REPLACED