An omega-3 regimen can significantly boost attention, cognition, and other ADHD-related challenges in children with attention deficit 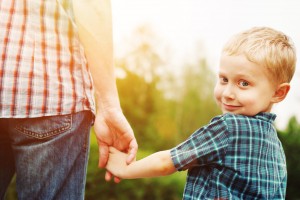 The benefits of omega-3 supplements were underlined in a recent analysis of data published in the journal Neuropsychopharmacology. The results even got the cynics agreeing there was something in it, as reported in ADDitude:

“Data from ten clinical trials indicates that an omega-3 regimen can significantly boost attention, cognition, and other ADHD-related challenges in children with attention deficit — bolstering the reputation of a frequently recommended natural treatment.

“In a commentary published alongside the meta-analysis, Harry Rice, Ph.D., of the Global Organization for EPA and DHA Omega-3s (GOED), wrote: “In the past, I’ve been lukewarm on whether increasing EPA/DHA intake benefits children with ADHD,” he said. “Results from this meta-analysis put me a little closer to believing.””

The story also featured in Nutraingredients; while FAB Research‘s coverage of the story includes links to older, parallel studies.

The Eyes Have It

“Eye movements reveal temporal expectation deficits in ADHD” ran the headline in MedicalXpress this week. It appears that involuntary flickers in the eyes can shed a little light on the mental processes of people with ADHD:

“A technique that measures tiny movements of the eyes may help scientists better understand and perhaps eventually improve assessment of ADHD, according to new research published in Psychological Science.

“Emerging evidence shows that small involuntary eye movements are a promising new tool for shedding light on the hidden workings of mental processes like attention and anticipation, cognitive processes that are often impaired in individuals with ADHD. The new study suggests that carefully tracking eye movements offers a new method for empirically monitoring temporal expectation in people with ADHD.”

I’ll be making regular updates as and when news of new ADHD-related research appears – watch this blog space!

Nutritious Minds and Lisa Nash Fitness have teamed up to bring you a 1-Day Workshop: Nurture Your … END_OF_DOCUMENT_TOKEN_TO_BE_REPLACED

In 2011, impressionist, playwright and comedian Rory Bremner was diagnosed with ADHD. In a BBC Radio 4 programme ADHD … END_OF_DOCUMENT_TOKEN_TO_BE_REPLACED