A journey of a thousand miles begins with a small step 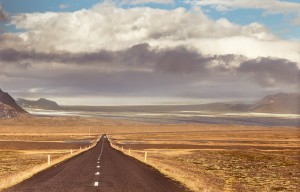 October 2016 is ADHD Awareness month. For anyone dealing with ADHD issues, every month is ADHD awareness month; neverthless, I thought this might be the ideal time to tell my own story, as a positive message and gesture of support for all those other struggling parents.

I started my professional life working in estate agency on Abbey Road in St John’s Wood, NW8 – in fact not too far from the zebra crossing outside the EMI recording studios which was arguably made famous by the Beatles’ iconic Abbey Road album cover. In addition to being a Lettings Manager, I was also a young single mum to a gorgeous and very hyperactive little boy. Juggling full-time work and motherhood was by no means an easy task, especially when we lived in South-West London and I had to drop my son to his child-minder and then drive across London to open up the office every morning by 8.15 am.

Life quickly became more difficult, as it soon became apparent that my five-year-old son was just not settling in very well to school life. There was no doubt that he was noticeably restless, impulsive and hyperactive. He had really struggled to sit still for more than five minutes on the mat at nursery school during story time, and much to the great frustration of his care workers, he would frequently get up without permission and run around. When he started school this restless behaviour during lessons continued. The countless complaints and endless punishments by the teachers didn’t change matters, but intuitively I knew his behaviour was not the deliberate act of defiance they accused him of.

“Then came the life-changing moment when after numerous complaints I was summoned in by the head teacher. I can still recall the heart-sinking disappointment when she informed me that he may be “brain-damaged”. Of course, her choice of words was wholly inappropriate, and upon reflection she was ill-qualified to make such an assumption. Regardless, I left that meeting in tears, and utterly distraught. I remember asking myself over and over – how could this be? My little boy was bright, inquisitive and articulate. Admittedly, he was cheeky, a little naughty. I preferred to think of his behaviour as mischievous, and yes, he could be hyper and a handful, but I thought that was just all part of his personality. After all, I reminded myself he had achieved all his milestones ahead of expectation and could spell his nine letter name aloud around two years of age.

Around the age of four years he would ask me in his enquiring way, “How does a light-bulb work, mummy?” He loved to spend time looking up the planets in the solar system and working out which one was closer to another and to earth. I frequently didn’t have automatic answers for his persistent scientific enquiries and often felt ill-equipped to cater for this bright, beautiful little boy with boundless energy. Yet, I could not deny that his behaviour stood out; it was as if every action at school was magnified as he swam around energetically in a small goldfish bowl.

As is typically the case, desperate investigations into “what was wrong” began, and appointments were sought with a multitude of professional services, from educational psychology reports to clinical psychologists and psychiatrists. The school had put great efforts into perusing a statement of special educational needs from the local educational authority under the remit of “emotional and behavioural difficulties” (EBD). Essentially, an unwanted label that explained nothing, but which would enable a small sum of money to be allocated to his local school so they could fund additional classroom support for him. Eventually, after seeking an independent evaluation, we received diagnostic labels of “mild dyslexia” and probable ADHD. 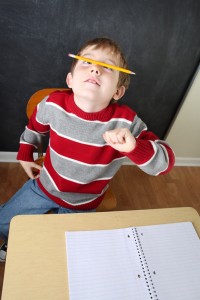 Receiving both diagnoses helped me as a mother better validate and understand my son’s behaviour. Yet, while I felt some relief and mild comfort, well-meaning friends and family members decided to challenge these diagnostic labels and tell me instead:

“If he were mine I’d teach him not to misbehave!”

“ADHD – isn’t that just a made-up label for naughty kids?”

“That’s not a real disorder though, is it?”

“He just needs a good smack!”

And so I found myself investigating these conditions better than an FBI agent. Two decades ago, I had never heard of ADHD and felt a great need to become my own expert so I could in turn patiently explain the symptoms to unknowing teachers, other parents and professionals who were active and present in my son’s life. I admitted to myself that my busy life as a real estate agent was no longer compatible with our situation and I took time out to reassess.

Specialising in diet and ADHD

Eventually, my desire to know more about these learning and behavioural differences led me into the academic realm of psychology and nutritional research. I became fascinated with how certain foods such as omega-3 essential fatty acids could positively improve brain function, the capacity to learn, memory, mood and behaviour. I changed my son’s diet drastically and noticed considerable decreases in his hyperactivity levels and increases in his ability to concentrate and general well-being. I removed all artificial additives, preservatives and chemicals and no longer gave him processed foods like pizza or chicken tenders.

Everything was made from scratch, and where possible was organic and sugar- and gluten-free. Additionally, I made sure he was doing lots of physical exercise after school and at weekends. He joined an athletic and boxing club, did trampolining, gymnastics, acting and street dance. I reduced screen time and implemented a very structured reward and consequences intervention program. All of which helped enormously.

Nutrition and exercise really help in the management of symptoms of ADHD, and in my personal and professional opinion should be the first adjustment made when receiving a diagnosis.

That’s my story for ADHD Awareness Month 2016 (and those 11 other ADHD months in the year too!)

Nutritious Minds and Lisa Nash Fitness have teamed up to bring you a 1-Day Workshop: Nurture Your … END_OF_DOCUMENT_TOKEN_TO_BE_REPLACED

In 2011, impressionist, playwright and comedian Rory Bremner was diagnosed with ADHD. In a BBC Radio 4 programme ADHD … END_OF_DOCUMENT_TOKEN_TO_BE_REPLACED